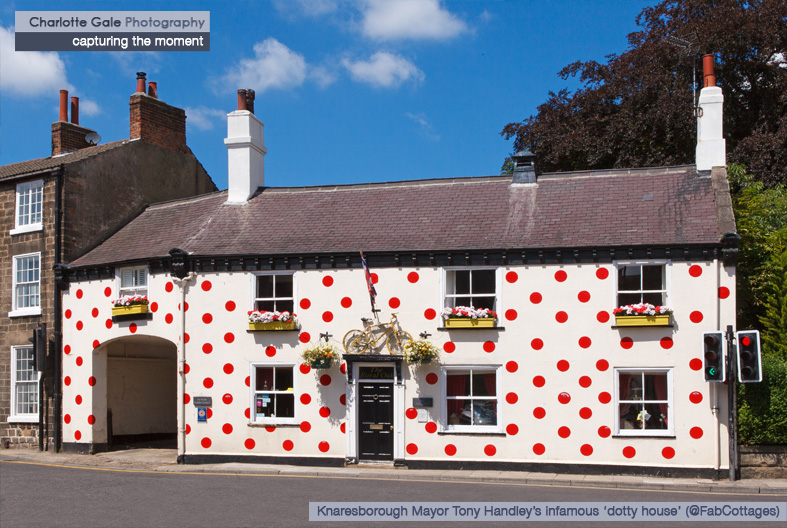 Yorkshire promised a Grand Départ to remember and we certainly delivered.

From the first time I saw the Welcome to Yorkshire bid video, I knew that the good folk of Yorkshire (and the French) could look forward to a weekend they would never forget:

As the Tour grew closer, locals thought of innovative ways they could get into the spirit of the event without contravening strict brand guidelines. Colour featured heavily – from Yorkshire Building Society’s 150 yellow sheep grazing the hillsides of Kettlewell to the 100’s of yellow bikes and coloured jerseys that sprung up around the county. Knaresborough alone had over 2km of tour themed bunting strung around the town centre and our Local Mayor Tony Handley had even painted his house with red polka dots in honour of the occasion! 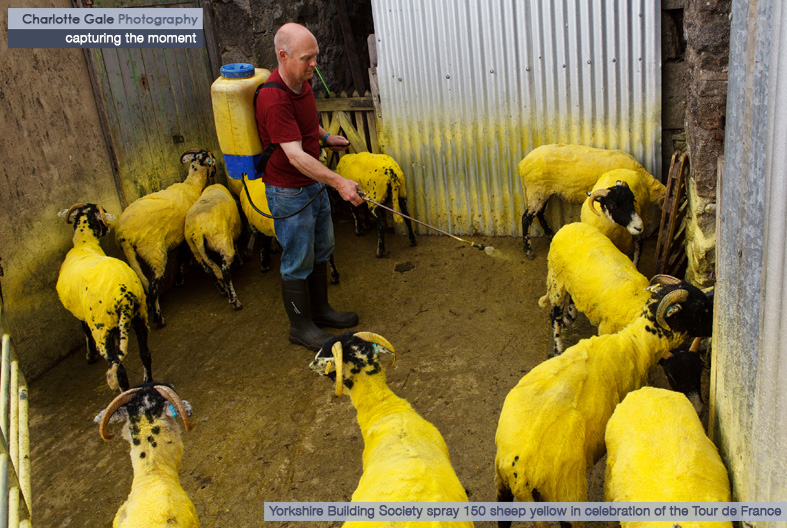 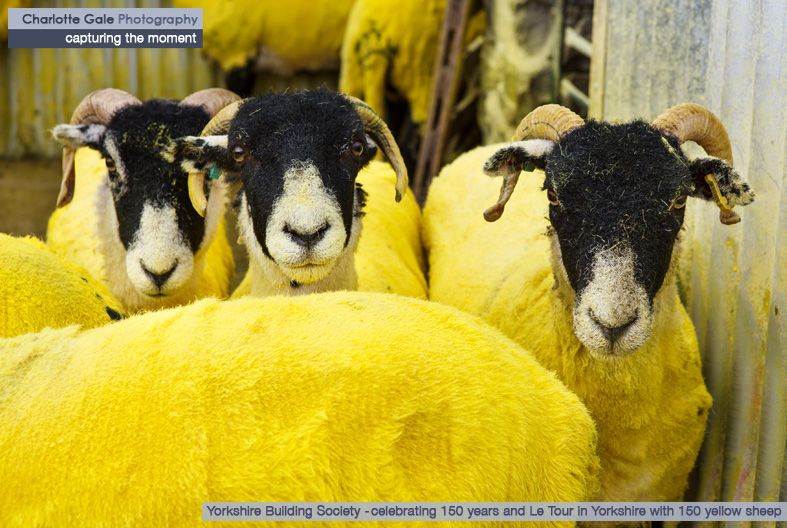 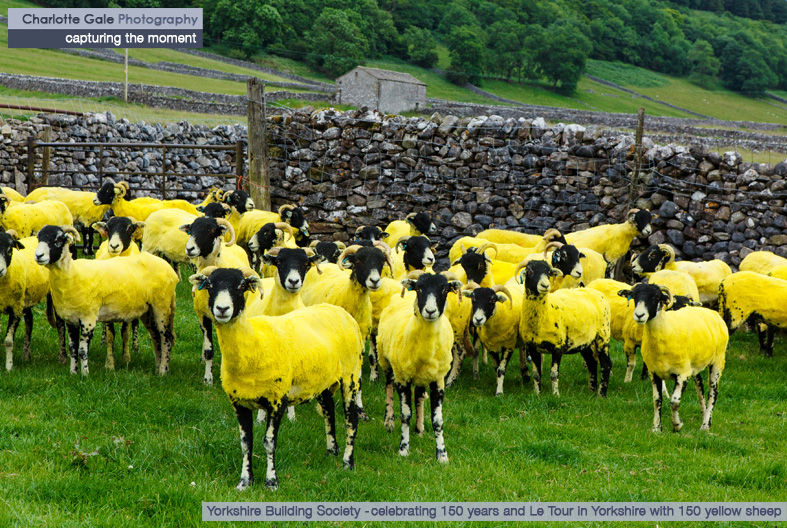 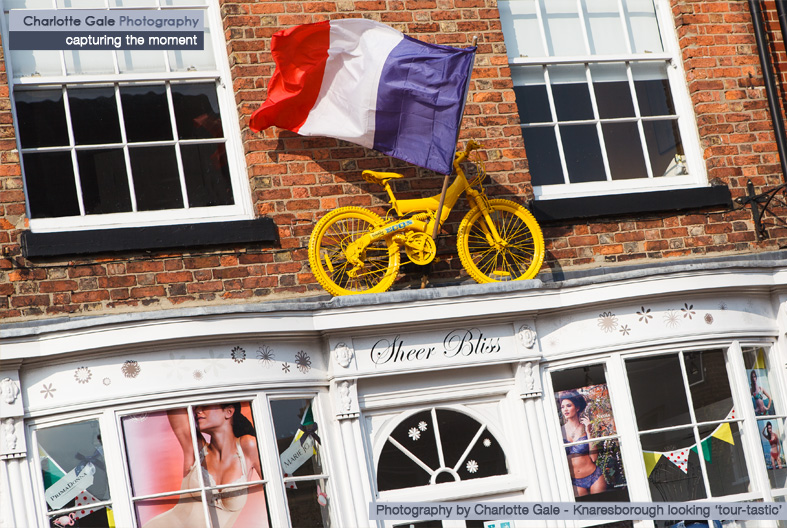 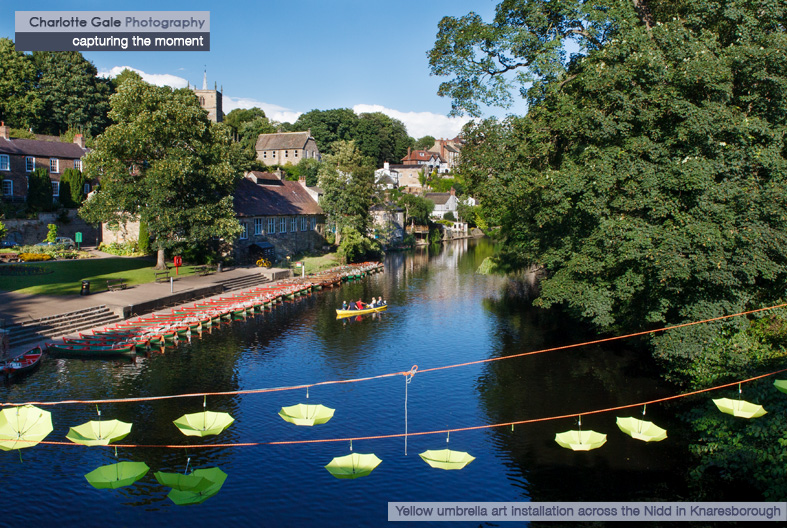 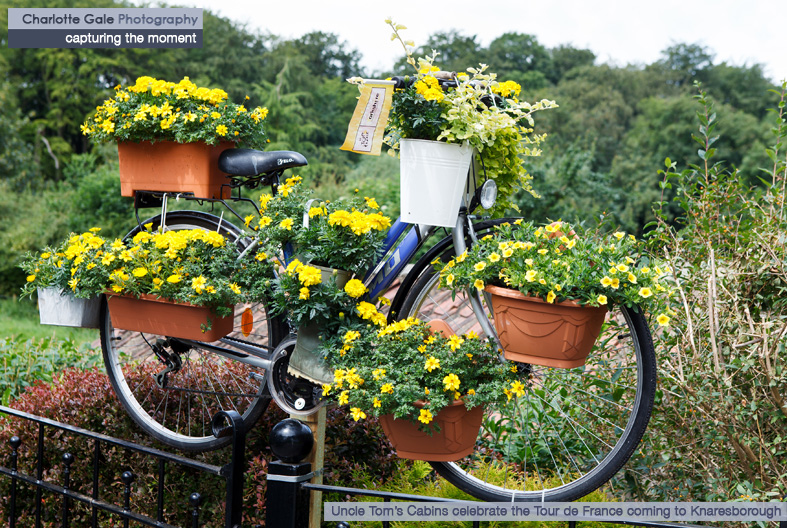 Suddenly, after months of preparation, the weekend of the 5/6 July 2014 was upon us all.  On Saturday morning I shoehorned my way onto the train at Knaresborough station, camera in hand, and set off with many other 1000’s of people to celebrate the World’s largest annual sporting event not just visiting Harrogate, but ending its first stage there. I was in good company – the Royals and Prime Minister David Cameron had turned out in force and there were even rumours that David Beckham was in town!

The day did not disappoint. The forecasted rain never emerged and instead the sun shone against a brilliant blue sky. Many chose to line the streets, whilst others watched the race on a big screen in the purpose built fan park on The Stray. 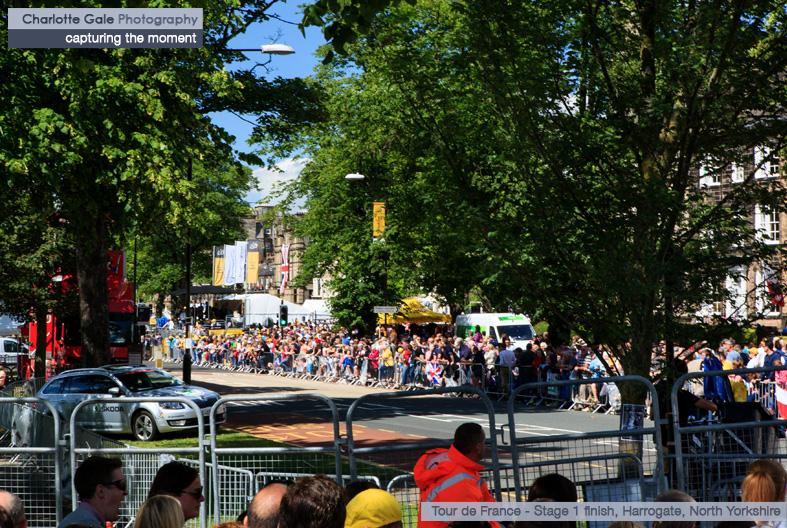 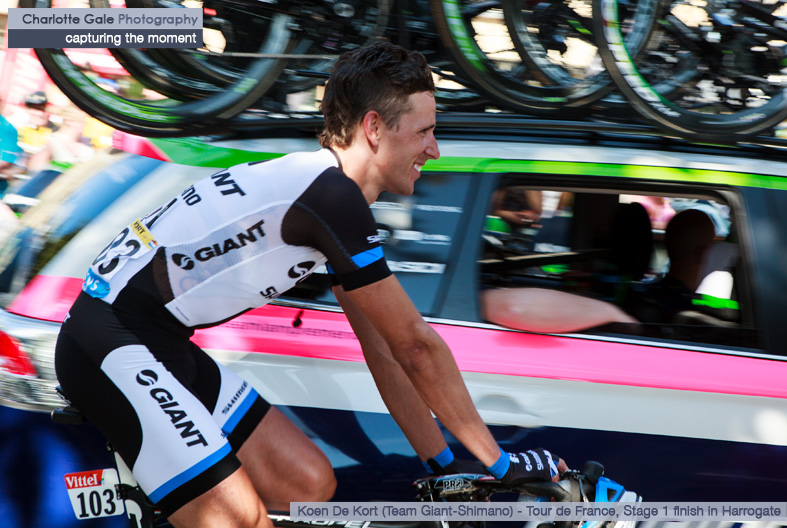 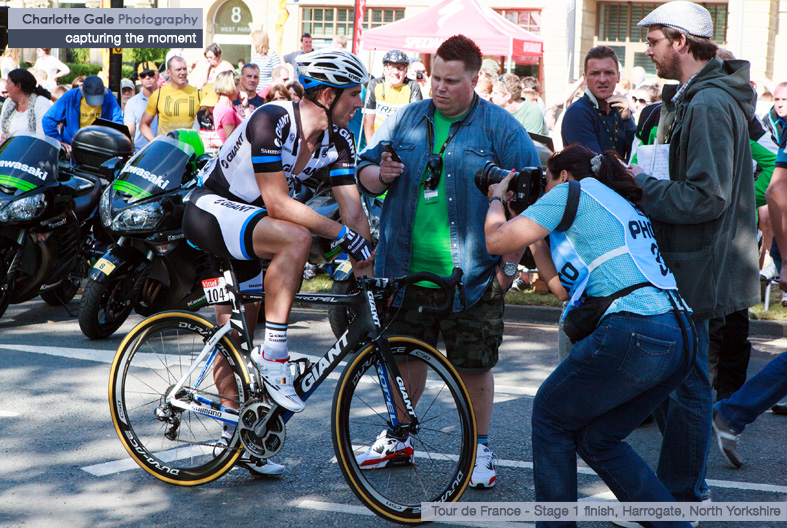 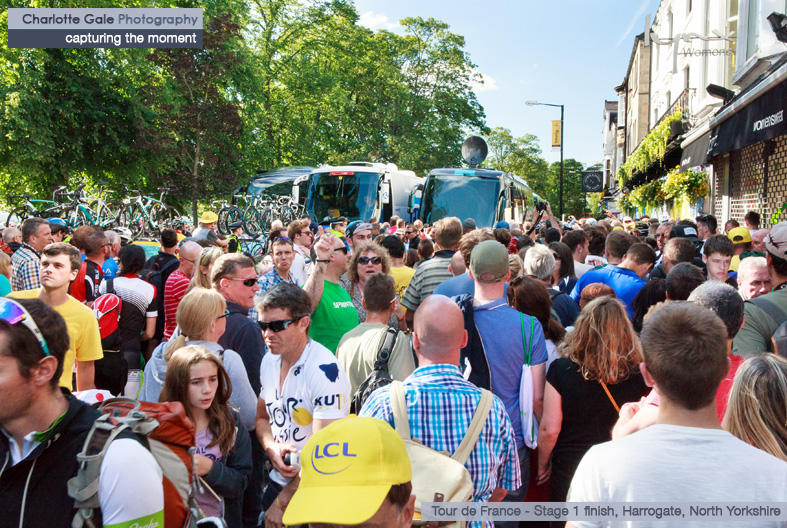 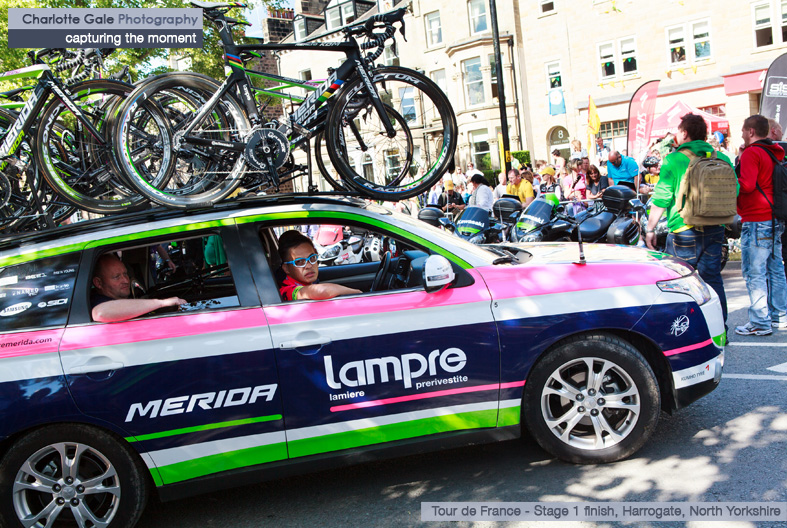 Later, as the riders and team entourage had left to prepare for day 2, 1000’s of friends and families enjoyed the evening sun on the Stray – eating, drinking and listening to the live music. 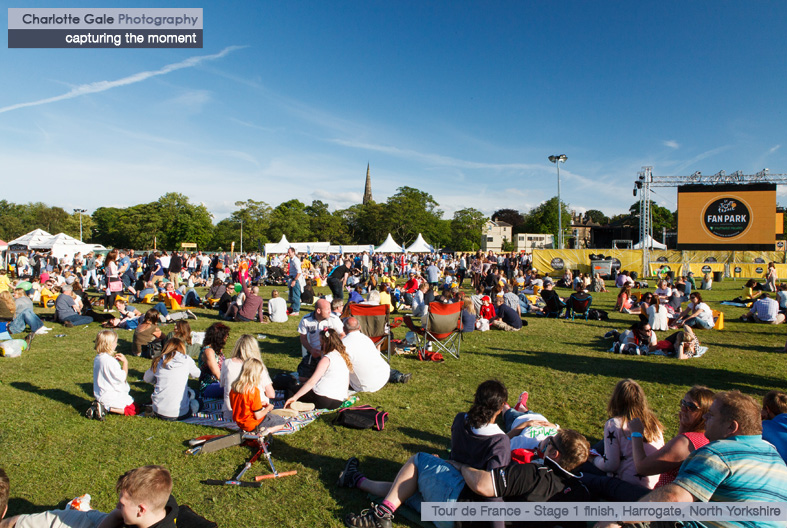 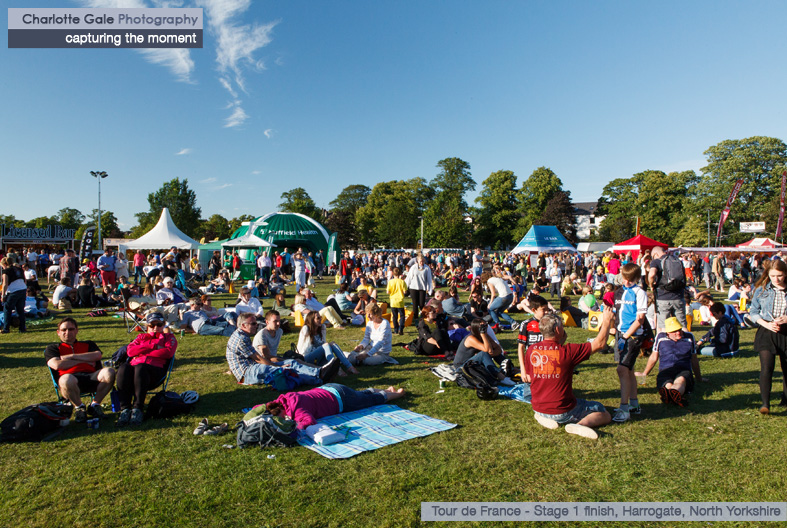 Sunday dawned and with it the opportunity to witness the Tour passing through my home town of Knaresborough. Voted the Tour’s ‘Best Dressed Town’, the townsfolk of Knaresborough had certainly got into the spirit of things and that included two famous former residents – Blind Jack and Mother Shipton. 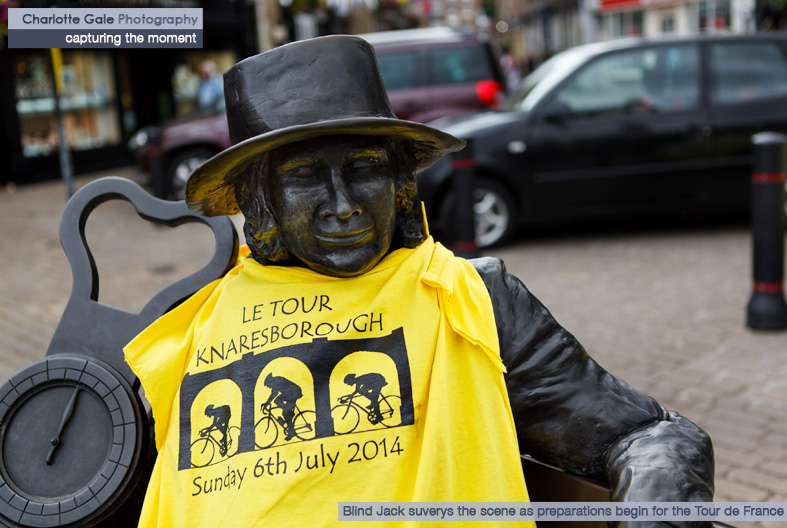 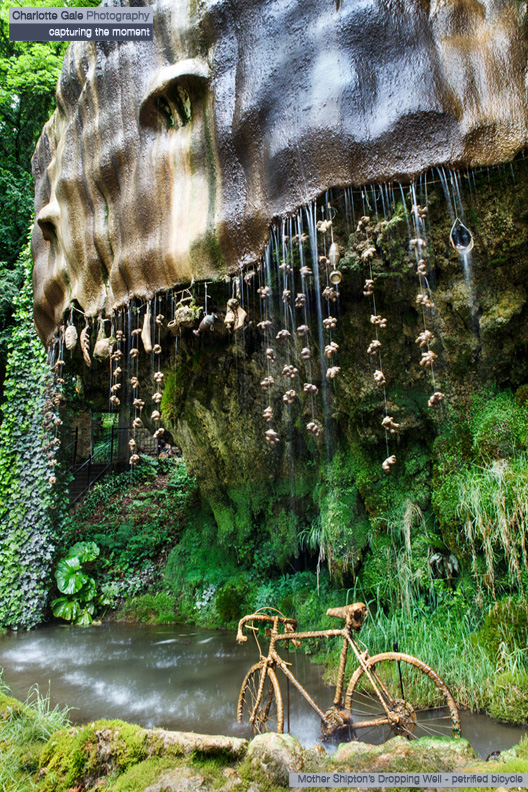 We located our preferred viewpoint early, choosing to watch the riders as they came up the small incline past King James school and into Knaresborough. 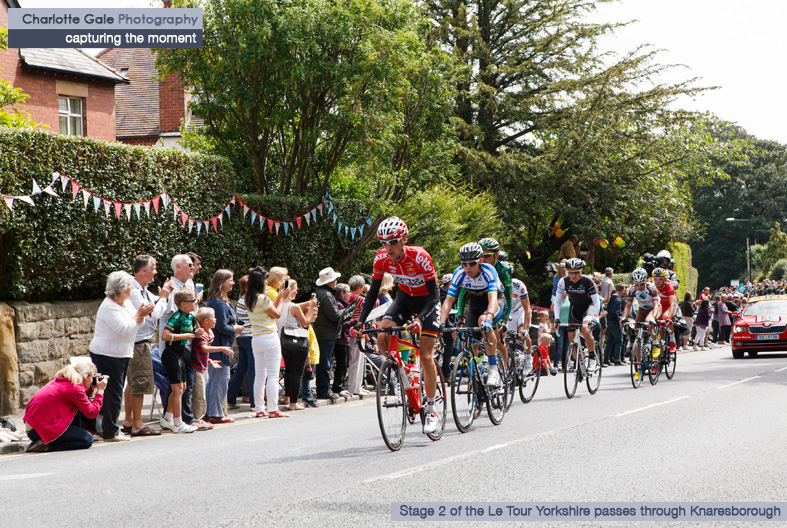 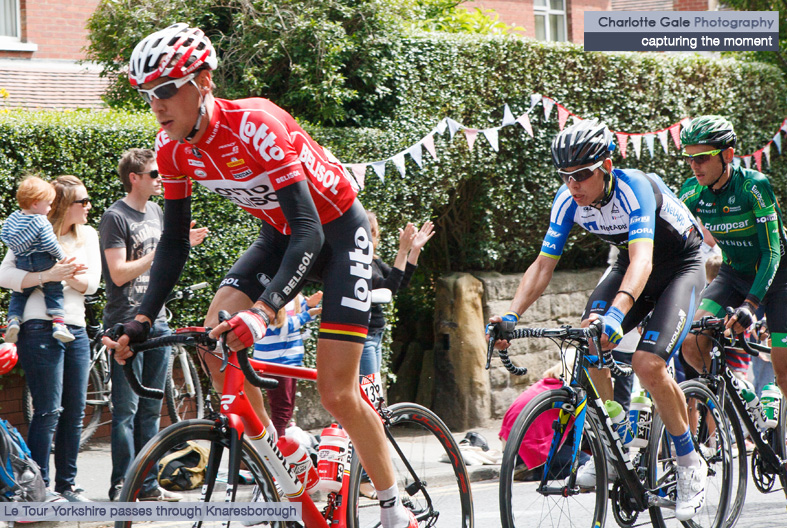 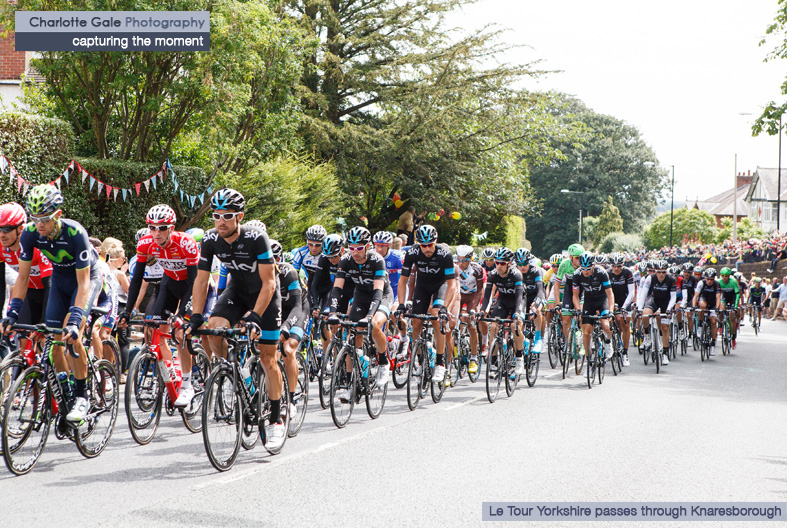 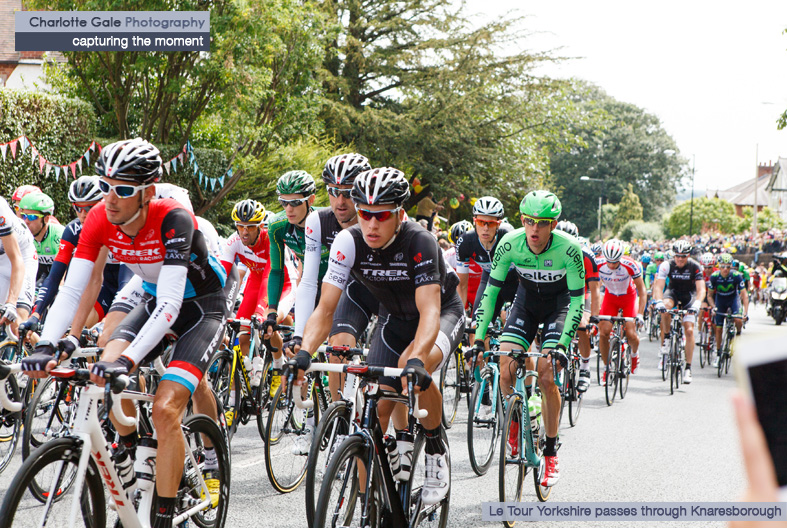 After the race had passed, spectators thronged into the Market Place to enjoy food from around the world before making their way to the official spectator hub in Knaresborough Castle grounds to watch the rest of the race on the big screen (or enjoy a coffee courtesy of Harvey Nichols!) 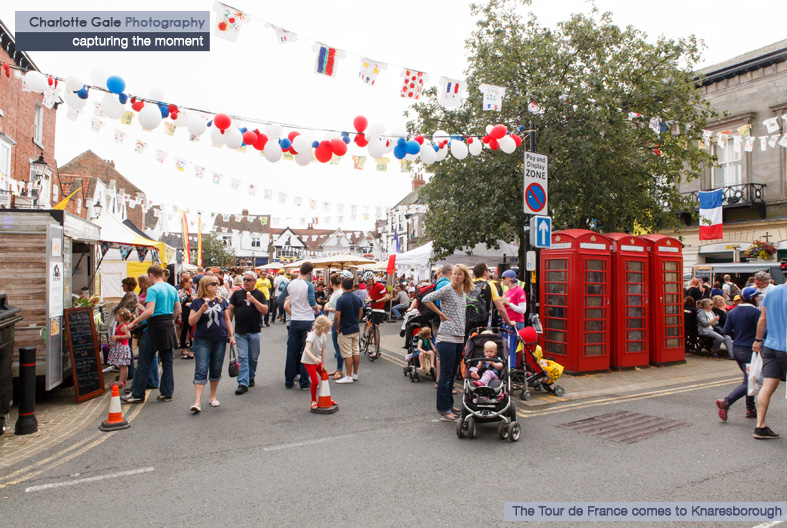 Of course Le Tour Yorkshire would not have been the success it was without the 100’s of volunteers who worked tirelessly behind the scenes. Inspired by the success of the London 2012 ‘Game Makers’, these ‘Tour Makers’ provided help and guidance to the many 1000’s of people who had chosen to visit our region to watch the Tour. I therefore thought it fitting to end with a photo of four ‘Tour Makers’ taking a minute to enjoy the beautiful view from Knaresborough Castle towards the Viaduct and River Nidd below. In the days following Le Grand Départ, social media has been awash with blog posts and video clips extolling the greatness of the Tour in Yorkshire. Here is a selection of my personal favourites:

31 Images of the Tour de France in Yorkshire (Buzz Feed)

Speaking of Social Media and highlights, I couldn’t finish this post without including a screenshot of the retweet of my Yorkshire Building Society yellow sheep photos by none other than defending Tour de France champion Chris Froome of Team Sky!

Greetings cards featuring views of Knaresborough Viaduct throughout the seasons are available to buy via my online shop: www.pictur-esque.com.